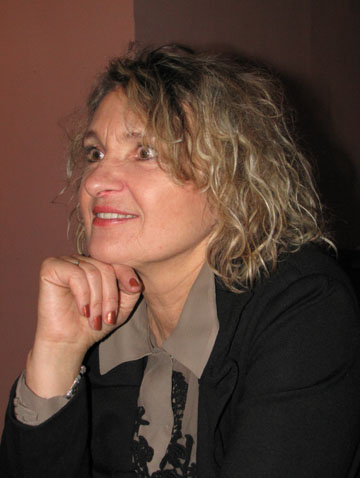 Born in Suwalszczyzna, Poland, she now lives in Ciechanow, Born in Suwalszczyzna, Poland, she currently she lives in Ciechanow, situated in the northern part of Mazowsze. Graduate of the First General High School by the name of Maria Konopnicka in Suwalki, universities: Warminsko-Mazurski (in Olsztyn) and Warsaw (graduate studies in journalism and Latin America). For ten years she was a journalist for Gazeta Wyborcza, a Mazowsze edition, she worked with the Polish Radio, the Warsaw Television Center, and newspapers Nowa Europa (New Europe) and Prawo i Gospodarka (Law and Land). Her texts also appeared, among others, in Sztandarz Mlodych, Nowa Wies, Reporter, Gazeta Wyborcza, Karta, Związkowiec (Toronto), Gazeta Lwowska (Lwow Newspaper), Studia Polonijne (KUL). Currently she publishes in Kronika Mazowiecka (Mazowsze Chronicles, Warsaw), Znad Wilii (Wilno), and Bialy Orzel (White Eagle, Boston).

The last two positions concern the Katyn Massacre (When You Are Here, It Hurts Less is currently being translated in the United States into the English language and in Russia into the Russian language); her primary interest is Polish emigration and this explains why the other three books are written on this subject the fate of Poles outside of the country. She also published two volumes of poetry: A Touch of Truth (2002) and With a Dictionary at Soul (2004). She belongs to the Union of Literary Poles and the Polish American Poets Academy (USA). Her poems have been translated into English, Portuguese, Norwegian, German, Ukrainian, and Lithuanian; they have been printed in literary publications in Poland and elsewhere; she was has been distinguished and awarded on many occasions.

Cultural advocate. She is a co-founder and was, for the first ten years, the president of the Artists` Association of Ciechanów (1988-1998). Since 2000, she is the president of the Polish Writers? Association, Ciechanów Division. Co-organizer of many yearly literary events in the region: Fall Poetry event in Ciechanów, Nation-wide Polish Poetry Contest O Laur Opina? in Opinogórze, Spring Literaturę in Gołotczyzna. In 2005 she initiated an international literary event in Mazowsze, Christian Horace from Mazowsze (in Sarbiew, Płońsk, Pułtusk, Mława and Ciechanów), dedicated to a famous, but soon to be forgotten Jesuit poet of the Baroque period – Father Maciej Kazimiez Sarbiewski, she also published a monographic text ?Maciej Kazimiez Sarbiewski SJ in Mazowsze? (2005).

She is currently working on the first monograph of Mieczyslaw Haiman (1888-1949), poet, journalist, writer, and first historian for American Polonia, who, in 1935, organized the Polish Museum of America, which is, to this day, the only one of its kind in both Americas. For the time being, as a part of her research, she published a collection of his poems accompanied by a poetic biography – The Herodotus of Polonia, as a Poet” (2005). The promotion of this title takes place in the fall of 2005 in the United States.
Editor. From 1999, she is a contributing editor of Ciechanowskie zeszyty literackie (Ciechanów Literary Notebooks). She has also edited a number of poetic almanacs, a regional biographic encyclopedia, Kto jest kim w Ciechanowskiem (Whos Who in Ciechanów, 1994), a poetic-art album Twórcy… drzewa ziemi naszej (Artistic Creators of Our Land, 1995), and an anthology of Ciechanów poetry, Romantycznej ziemi czar (Enchantment of a Romantic Land, 2003). 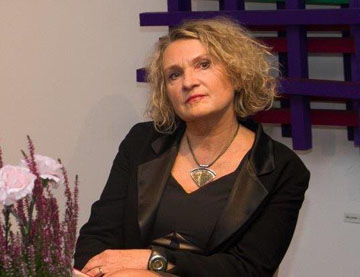 Among numerous distinctions and awards, she has received: the Minister of Cultures medal ?Zasłużony Działacz Kultury for her cultural activities; a prize from the President of the Ciechanów District; an honorary award from Historical Monographs of Polonia, (Brussels 2003); Złote Pióro award (ZLP Ciechanów, 2004); a research grant from the Kosciuszko Foundation of New York (2003-4) and the Polish Cultural Ministry (2005).